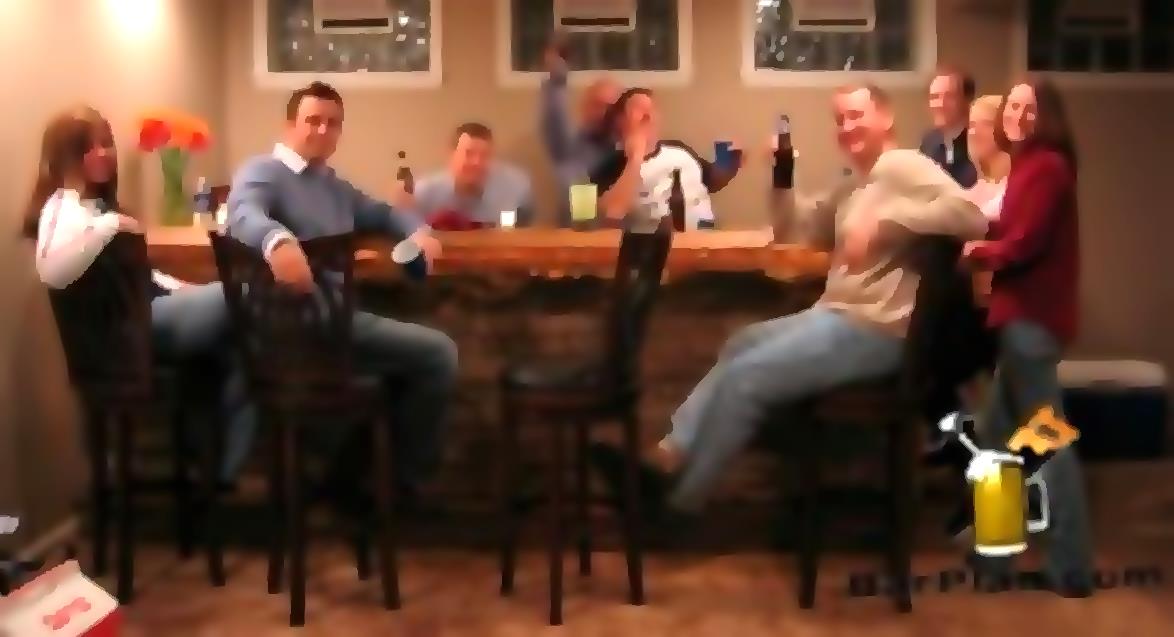 When the home is where the bar is, every hour can be happy hour.

One alternative to dealing with the city’s bar scene and its loud crowds, $12 cocktails, and skanky bathrooms: Put a bar in your apartment and bring the party home.

When Jeff Krasno and his wife, Schuyler Grant, moved into the Smith Gray Building in Williamsburg four years ago, they spent two months turning the raw space in their basement into a swanky Art Deco-inspired lounge.

Along with a 6-foot-long oak bar, the 900-square-foot area includes retro-looking bar stools, a pink couch, a fake fireplace and a card table. On any given weekend, the couple hosts a cocktail party, engagement party, baby shower, or simply a card game.

Additionally, Krasno, who heads up record label Velour Music Group, invites local musicians to play in the lounge as part of his ongoing “speakeasy” series (the company intern doubles as a waiter).

“It’s much easier to socialize here,” Krasno says. “You’re not out haggling at the bar for a drink, and you can actually have a conversation with your friends.”

While the couple found their oak bar in a Delray Beach, Fla., antique store and hit up shops in Hudson, N.Y., for the other furnishings, many local stores offer antique and modern bar-related goods.

As for the bar itself, antique stores like Las Venus (163 Ludlow St.), routinely stock vintage bars, such as a 5-foot-long Lucite bar ($1,950) and a 41/2-foot-long leather-top bar with two matching cowhide-covered bar stools ($1,650 for the set), both currently available. 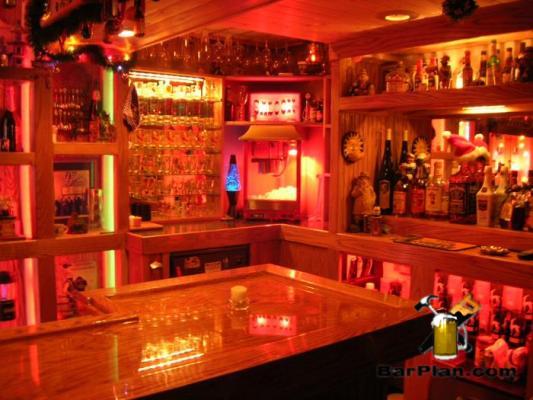 Do It Yourself Digs

For those interested in building and customizing their own bars, there are a surprisingly high number of Web sites that offer pre-made bars and plans. Barplan.com sells plans for keg-box bars which can be built for $200 and up, and L-shaped bars for $500 and up; both styles should fit in your shoebox of an apartment, assures Steve Webb, owner of the Green Bay, Wis.-based Web site.

But getting the bar is just the beginning. Many of Webb’s clients have tricked out their bars to create 1950s Rat Pack-style bars, Harley biker bars, or sports bars.

Ordering plans off Barplan.com, Long Islander Doug Kaler used the plans as a guide to building an elaborate 16-foot tiki bar – complete with a thatched roof – in the backyard of his Mount Sinai home last year. 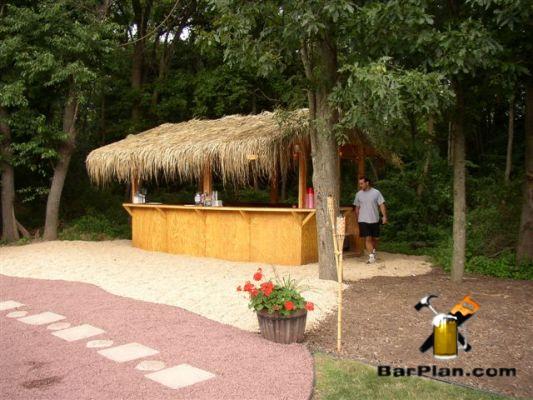 In addition to laying down piping to provide water to the bar, Kaler wired his bar for a satellite television, stereo and PlayStation. Jimmy Buffett-inspired signage completes the look, as does the sand around the base of the bar. 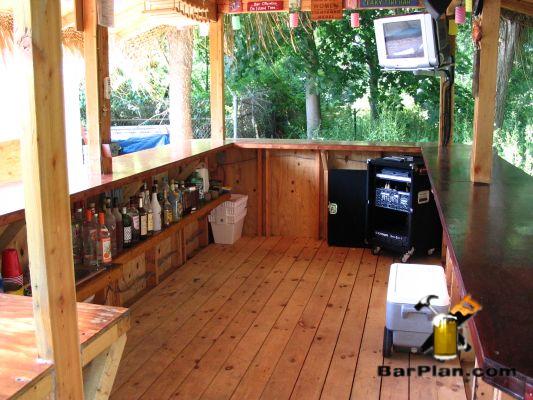 “I don’t have a basement and I always wanted a bar,” says Kaler, whose bar is the most popular watering hole in the neighborhood during the summertime. 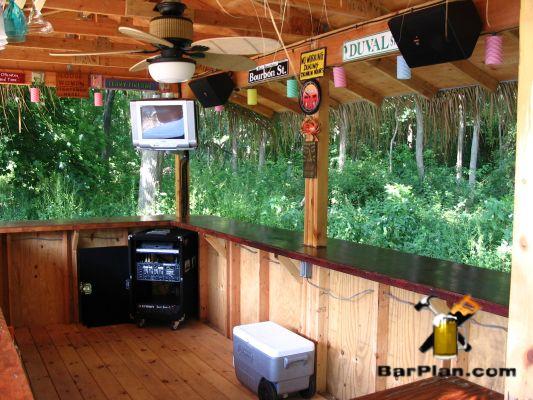 Kaler ordered the Buffett signage off eBay, which also offers plenty of Budweiser and sports paraphernalia. Local stores also offer custom-made neon signs. At Let There Be Neon (38 White St.), signs start at around $200 to $300.

Hiring the Work Out

Meanwhile, those with the cash can also hire someone to build a bar. Installing a high-end wet bar typically costs $8,000 to $20,000, depending on the type of woods and stone finishes, according to Chris Hughes, a contractor who frequently installs bars in high-end uptown apartments along Fifth Avenue.

Downtowners love their bars, too. Stephen Fuller, a fashion photographer, keeps a leather-topped bar in his loft on Lafayette Street. Magazine editors and models carouse and chat at the bar, which Fuller acquired during a video shoot last year.

Besides the obvious social element of having a bar, it’s nice to have a place to store all those liquor bottles, rather than keep them on the top of your refrigerator, says Fuller.

“Then it’s not so obvious what a party hound you really are,” he says.

From the S. Webb – 14 years later Barplan.com is still helping home bar enthusiasts build the bar of their dreams…or the best they can afford. Twenty years and still at it.

Lumber Price Trends We've been pretty quiet about lumber prices, but it's time to start examining why lumber prices are now at all-time highs. Family Handyman reports that government officials are on the problem, which if historical government efficiency is to be our...
Read More

The Art of Drinking at Home

Drinking at home has really become a lost art. Re-discover the traditional home bar and the fun way to save money while entertaining in the safety and comfort of your own home.

What’s better than sitting at home in isolation under “self quarantine”? We have the solution, a Quarantini! The Quarantini is a fun martini recipe with an added boost of vitamins to supplement your immune system in this global time of crisis.

12 Practical Reasons to Entertain at Home

What’s better than sitting at home in isolation under “self quarantine”? We have the solution, a Quarantini! The Quarantini is a fun martini recipe with an added boost of vitamins to supplement your immune system in this global time of crisis.