Roll out the Firkin Barrel! 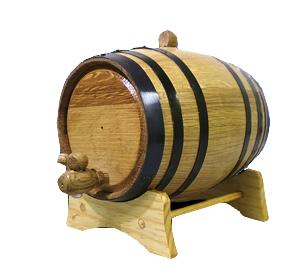 What’s a Firkin Barrel of Beer? 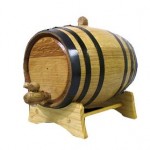 Beer drinkers have been around for centuries but modern day guzzlers have long forgotten the old world units of measure used in beer and wine making. The quarter barrel of beer today holds about 7.5 US gallons, but it’s earlier volume was equal to one “Firkin”, which is the old English  unit of measure for 1/4 of a barrel.

In the old days one barrel was about 32 to 36 US gallons depending upon if it was beer or ale, so a Firkin barrel would equal about 8 to 9 gallons, a bit more than half a gallon more than today’s volume.

What did they call a half barrel? it’s a “Kilderkin” of course! A Kilderkin is equal to two Firkins, you gettin’ this all? A barrel is just a barrel, but add half a barrel to a barrel and you get a “Hogshead” and the crazy names don’t stop there, if you have four and a half barrels now you’ve got a “Butt”!

Finally, about 8 barrels (7 7/8ths) is known as a “Tun”. Maybe that’s where the modern phrase “Ton of Fun” originated, but we’ll leave that one alone.

So now when it’s party time, you’ll know how to roll out the Firkin Barrel!